I converted two of the Posse to avoid duplicates. I find that for units with large weapons, changing the angle of the weapon is enough to change the profile of the model. Here’s the first Gator with his arm closer to his body.

For the second Gator I wanted to try something similar to my earlier Spawning Vessel Acolyte conversion. I cut the arm off and extended the weapon haft, rotating the angle so that the weapon rested on the base. I needed something to go into his other hand but I didn’t want to do another weapon. So I went through my bits box and found the leftover Incubi body I had from my last conversion. His face was suitably tortured in appearance, so I cut off the head and pinned it to the Gator’s fist. I rotated the arm and resculpted the elbow, then I added hair coming from the fist and over the top. I’m quite happy with how he looks. 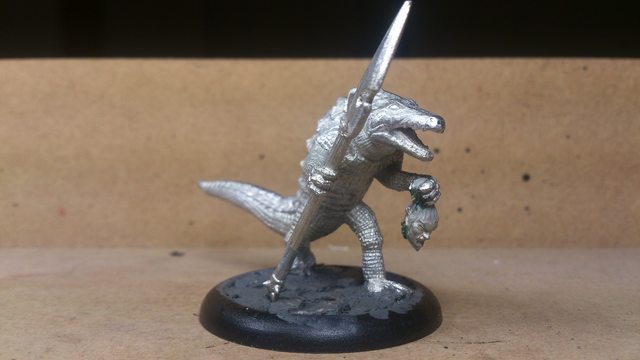 I ruined the ear while sawing the head off, so I had to give him a new one. All better! I decided to paint it up in the same colours as my Nyss, as a reminder to their employers that the Gators are not to be trifled with.

And here they are painted up. I wanted to make them look grubbier than my Legion, so I drybrushed and washed the scales and stippled their weapons. I used the same colours as my Legion beasts but in a different way. They should hopefully tie into my army, while still looking separate from it. 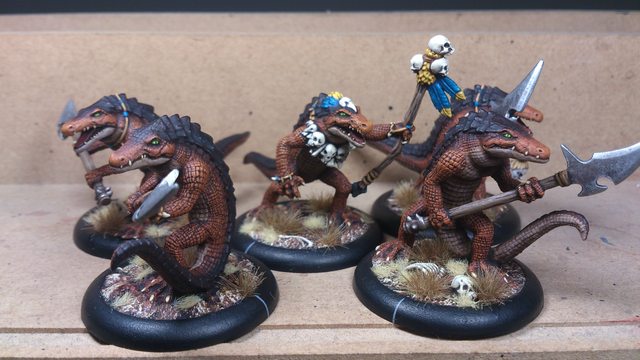 They have so many feathers, teeth and other goodies adorning them. I took the opportunity to add a bright, contrasting spot colour to the unit.

I’m quite happy with how their eyes turned out. 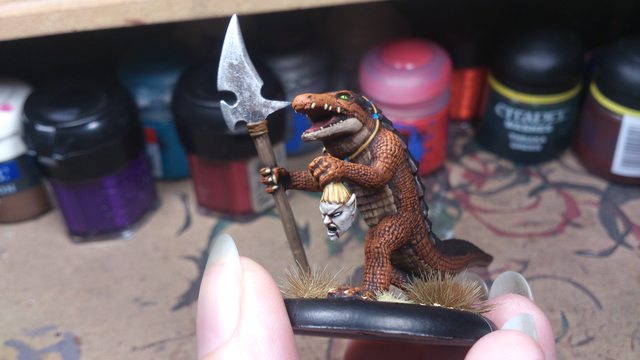 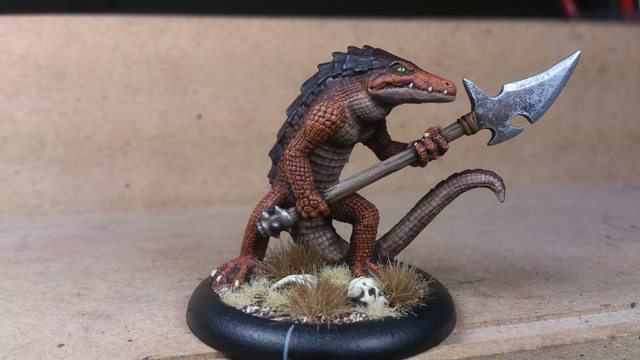 I like playing with the Gatormen so much that I eventually got a second set. I’m not sure whether I prefer the new or older sculpts.

Thanks for reading, likes/shares/comments are appreciated!