The Retribution Starter Box comes with everyone’s favourite elf sniper: Eiryss1. I’m looking forward to seeing her on my own side for once! I was never a fan of how her hood smooshed up her face, so I knew I needed a head swap. This coincided with an update to PP’s conversion policy. For those who have not read it yet, the official rules are:

·Models cannot be converted in such a way that any part of the model represents the intellectual property of any party except Privateer Press, including copyrighted logos, symbols, iconic elements, or other iconography.
·The majority of a converted model’s volume must be composed of parts from Privateer Press models. To avoid confusion, the conversion should include iconic elements of the model it is intended to represent.
·A weapon on a model can be converted as long as the conversion represents the same type of weapon (e.g., the model’s axe is still an axe and not a hammer).
·A weapon can be completely swapped for another weapon as long as the new weapon is of the same type (e.g., an axe for an axe, a rifle for a rifle).
·A weapon cannot be removed unless it is replaced by another weapon; a weapon cannot be added unless it is replacing a removed weapon.
·If a conversion uses a Privateer Press upgrade kit for the model it is intended to represent, all parts of the upgrade kit must be clearly visible on the model.
·Miniatures must be mounted on appropriately sized round-lipped bases. Added scenic details can overhang the base’s edge but must not obscure the edge in a way that makes accurate measuring during a game difficult or impossible.
·A player cannot use a model as a proxy (stand-in) for another model.
·Any conversions must be clearly pointed out to the opponent before the game, and the end result of any conversion must be clearly identifiable as the intended model. The golden rule of converting models for tournament play is simply this: If the EO cannot independently, easily, and accurately determine which model your conversion represents, the model is not tournament legal.

In summary, the most significant change to the policy is the second point: in the past, at least 50% of the original model was required, this has been changed to requiring at least 50% Privateer Press parts. This means that you can now make a model using no pieces of the original! I’m getting excited, this is waaay more flexible and I’m already getting crazy ideas. Additionally we now know that we can use other manufacturer’s parts which is something I was always hesitant to do. No longer! This really is a big deal for a converter like me. Anyway, back to Eiryss1… I wanted to give her a ponytail flowing in the wind to emphasise the movement of her cape. I found a head in one of my other bits boxes (from a Dark Eldar Wych) and after removing the topknot from the head, I sculpted in hair and a lowered hood. 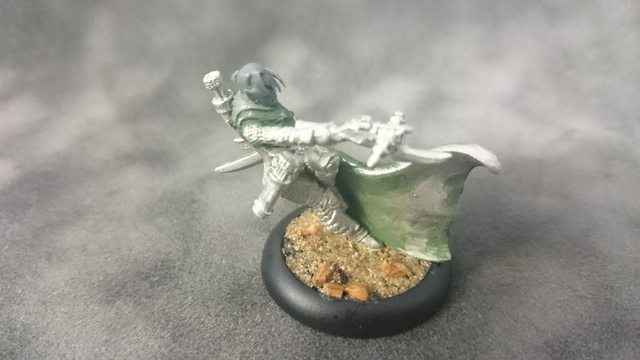 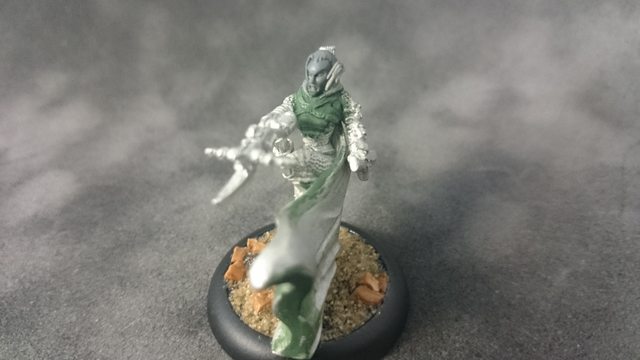 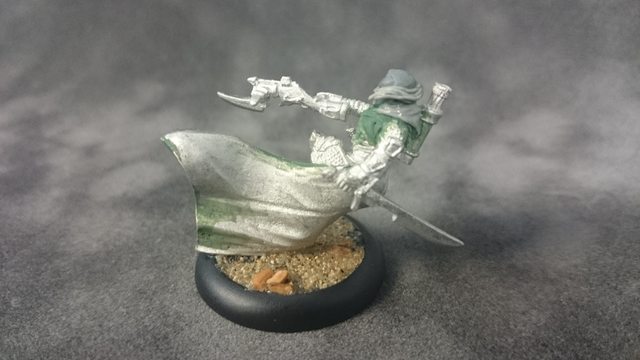 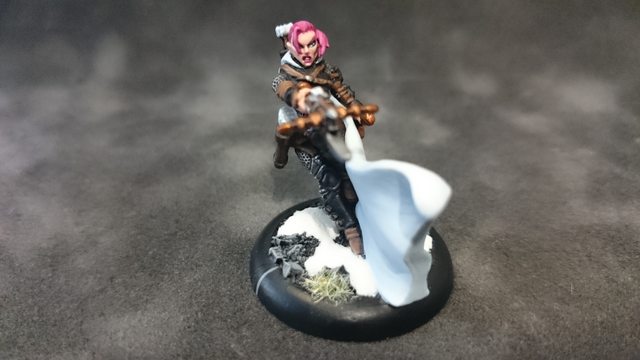 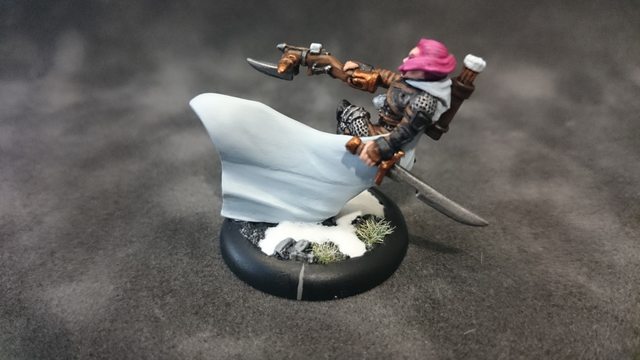 Thanks for reading, likes/shares/comments are appreciated!